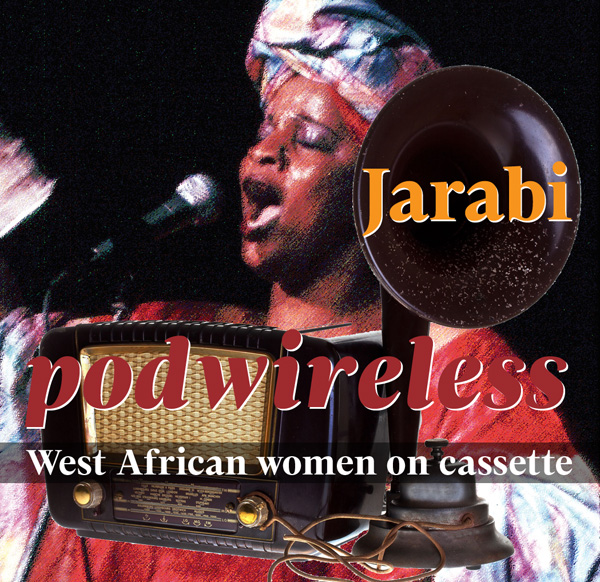 Warning! Sensitive folkies used to manicured digital recordings by polite UK folkettes and musicians with conservatory training may be in for a bit of a shock here. These aren’t. You may find the Marmite theory at play. Me, I love my Marmite, and hopefully many of you will too!
The women singers – djeli mousso – of West Africa, particularly Mali and Guinea from which the majority of those featured here came, are famed for having some of the most startlingly powerful voices on the planet, often singing praise songs or social commentary. The musicians – mostly uncredited and thus unknown to me – who accompany them are some of the funkiest. Whether playing traditional instruments like the kora, balafon or ngoni, or adapting western electric guitars, keyboards and drum kits, what they aren’t doing here is apeing internationally homogenised pop, rock or hip-hop. They’re before, above and beyond all that. This really is local music from out there.


Introduced to all this initially by the blessed Lucy Duran, I started going to West Africa in the mid 1980s and bought local cassettes from market stalls at every opportunity. Even when I stopped being able to visit, I used to make regular trips to Paris and would make a beeline for the music shops (and quite often cloth shops and groceries who sold cassettes too) in the Barbés area where the West African immigrant community was concentrated.


These tapes were never hi-fi. Indeed many of them were probably bootlegs with cheaply reproduced inserts – that was the way of the local market. Bootlegging operations would turn them out en masse on high speed K7 duplicators; some stalls would simply hold an original tape and run off copies on ghetto blasters. So the sound of distortion from over-recording and massive compression from auto-level limiters became as characteristic of the music as the huge vocal echo that many producers and singers loved. But your ears tuned to it, just like they did to country blues music on scratchy pre-war 78s, and when this music occasionally turned up on CD releases from original masters*, it sometimes sounded ‘wrong’ as it was too clean!


The one exception here is the final track of Kandia Kouyaté singing with the Sidiki Diabaté Ensemble (featuring a young Toumani Diabaté as the other kora player and Bouraima Kouyate on balafon) which Lucy Duran and I produced in London in 1987 during a UK tour – in the course of which they wowed the Bracknell Folk & Roots Festival, thus proving conclusively that adventurous folkies could like Malian Marmite too!


When I left London a decade ago I packed up my hundreds of accumulated local cassettes and donated them to the British Library National Sound Archive. But before I did, I digitised a selection of favourite tracks to burn onto a pair of CDs for my in-car entertainment. So here they are, in Podwireless form. Enjoy!


*With a bit of hunting you’ll find some of these great singers on European CDs, particularly on French labels and UK-based ones like Stern’s.


The times in brackets are the approximate start location on the podcast.

And see the FAQ
Posted by Podwireless at 19:54