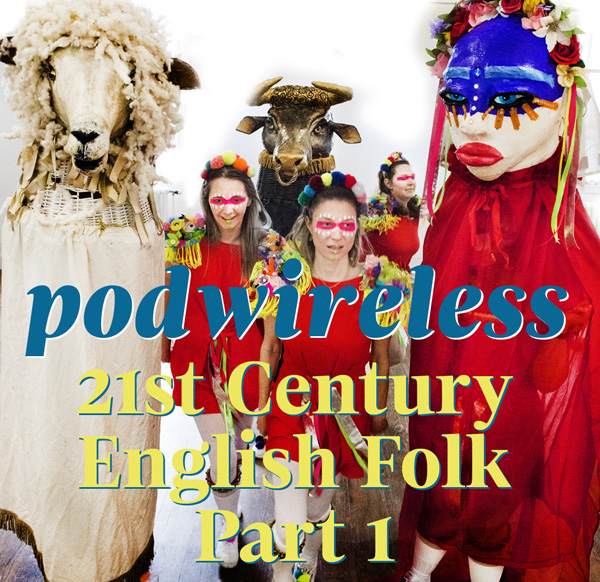 This programme is the first of two song-lead companion pieces to last June's No Voices (England) which showcased instrumental tracks by English musicians. They're natural successors to my Rough Guide To English Folk and Looking For A New England compilation CDs of a decade back.

4. Jimmy Aldridge & Sid Goldsmith : A Monument To The Times/ The Stepped Ford from the CD Many A Thousand (Jimmy & Sid) Website

6. You Are Wolf : As Sylvie Was Walking from the CD Keld (Firecrest) Website

7. Telling The Bees : Windflower from the CD Steer By The Stars (Black Thrustle) Bandcamp

9. Harp And A Monkey : The Manchester Angel from the CD All Life Is Here (Moonraker) Website

10. Bella Hardy : All Things Are Quite Silent from the CD Night Visiting (Noe) Website

14. The Memory Band : Come Write Me Down from the CD Apron Strings (Peace Frog) Website

19. Thom Ashworth : Work Life Out To Keep Life In from the CD Hollow (TAUK) Website

20. Martha Tilston : Lovely On The Water from the CD The Sea (Squiggly) Website

22. Rhona Dalling : I Don't Mind from the DL album Walk Me Round (Rhona Dalling) Bandcamp

24. Lisa Knapp : Pleasant Month Of May from the CD Till April Is Dead (Ear To The Ground) Bandcamp

26. Rachael McShane & The Cartographers : Sheath And Knife from the CD When All Is Still (Topic) Website

28. Leveret : The Good Old Way from the CD In The Round (RootBeat) Website